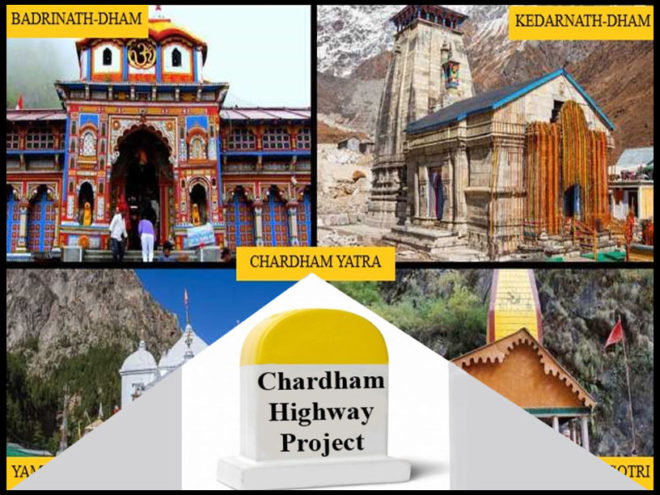 All weather Chardham Highway project: Tourists visiting four pilgrim-destinations in Uttarakhand popularly famous as ‘Char Dham’. Chardham route soon has the convenience of all-weather roads connecting these places. The Supreme Court has changed the National Green Tribunal (NGT) order and cleared the decks for construction of over 880-km all-weather roads under the Chardham highway project. However, the apex court has ordered to form a panel to study environmental concerns related to the project. A high-power committee (HPC) is being constituted by the Ministry of Environment and Forest, according to a PTI report.

On September 26, 2018, the NGT gave its conditional nod to the Chardham highway project in view of larger public interest. It, however, stated the project would cause irreversible damage to regional ecology, the PTI report said. After that NGO Citizen for Green Doon files a petition in the apex court. Subsequently, NGT has directed to constitute a panel headed by a former Uttarakhand High Court Judge to monitor the project.

The top court tells, the HPC to submit its recommendations within four months. “committee will consider the cumulative and independent impact of the Chardham project on the entire Himalayan valleys. And for that purpose, the HPC will give directions to conduct Environmental Impact Assessment by the Ministry of Road Transport and Highways (MoRTH),” the Supreme Court informs.

Char Dham National Highway (NH) project comprises improvement as well as the development of 889 km length of national highways. The Char Dham project is to connect Badrinath Dham, Kedarnath Dham, Gangotri, Yamunotri, and part of the route leading to Kailash Mansarovar yatra. Also, the total cost of the project is approx at Rs 11,700 crore. The project is earlier scheduled to be complete by March 2020, according to the details by the central government.

Seven stretches have been identified for development under the Char Dham highway project. On NH-58, 140 km stretch, including 594-meter long High-level bridges at Kaliasaur from Rishikesh to Rudraprayag will be developed. In addition, On NH-58, a 160 km stretch between Rudraprayag and Mana village will be developed. This includes mitigation measures for the chronic Lambagarh landslide zone.

What is Chardham Yatra?