Chardham Yatra 2021 : A Journey for Moksha

Journey of Chardham: A Journey for Moksha 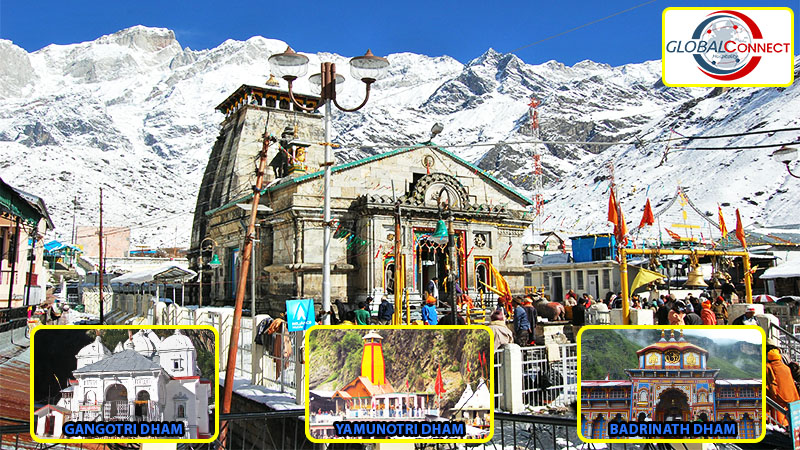 India known as the land of Devi’s and Devata’s (Goddesses and Gods). Full of rich Hindu mythology, India has various pilgrimages places spread across all over India. Amongst these pilgrimage places Char Dham Yatra 2021 holds a big spot.
located in the peaks of Himalayas in Uttarakhand of India, Char Dham yatra 2021 of four holy places of Hindu Pilgrimage gives utmost inner satisfaction to all pilgrims. To sum up the four shrine Yamunotri, Gangotri, Kedarnath and Badrinath are the most sacred place in Hindu religion. It’s believed that whosoever visits these holy shrines once in their lifetime, achieves salvation or Moksha.

Chardham yatra is the most famous pilgrimage place of India. The yatra of Shrine of Kedarnath, Badrinath, Gangotri and Yamunotri are all together called Chardham yatra or Chardham tour. During the tour of Chardham yatra, Devotee gets the chance to visit so many famous temple and places. Like 3 Divya desam of Vishnu, Panch Prayag (namely Dev Prayag, Karan Prayag, Nand Prayag, Rudraprayag and Vishnu Prayag), Omkareshwar temple of Ukhimath( Winter home of Kedarnath), Kashi Viswanath temple of Uttarkashi, Lakhamandal of Barkot, Vridha Badri, Yogdhyan Badri, Hanuman chatti, Raghunath Temple,Tungnath Temple, Haridwar,Rishikesh, and Many More. Even during Chardham Yatra Package 2021, one can visit beautiful and scenic places of Uttarakhand like Auli, Harsil, Mussoorie, Chopta and Valley of Flowers.

Every year huge numbers of devotees come from every corner of India and the world to participate in the Chardham Yatra of Uttrakhand. The Chardham Yatra starts with Darshan of Yamunotri then Gangotri, Kedarnath, and Badrinath respectively. For people, who have less time or some health-related issue or have some financial issues they split Chardham Yatra into two-part, that is Do-Dham Yatra. In Do-Dham Yatra they cover a combination of two shrine mainly Kedarnath and Badrinath yatra in one time and other time they visit Yamunotri and Gangotri.

The Main Chardham Or Original Char Dham’s Of India.

The main Char Dham of India or original Chardham of India is established by Adi guru Shankaracharya in all corners of India to protect Hindu Religion. The original Chardham shrine is well described by the great Adi Shankaracharya as Badrinath, Dwarka, Puri, & Rameswaram. Also, it is located in four corners of India. In east Jagarnath Puri (Odisha), in West Dwarka (Gujarat), in north Badrinath (Uttarakhand), and in South Rameswaram (Tamil Nadu). The Char Dham Yatra is the most famous and holiest pilgrimage sites in India.

Convenient way to do Chardham Yatra Or Chardham Tour