Chhadi Yatra to Char Dhams Resumes After Many Years 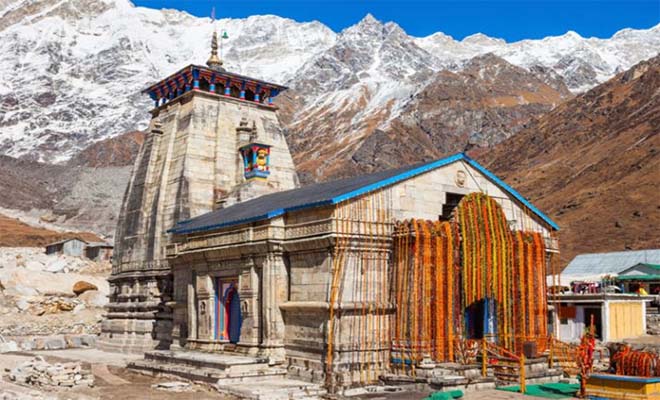 Referring to this, the Chief Minister said that the Chaddi Yatra would give a boost to religious tourism in this region. He assured that the state government will provide full cooperation for the yatra, and added that the yatra will be more organised from next year.

The Chief Minister also expressed hope that the yatra would also assist in promoting communal harmony of the people, and performed a puja before flagging off the Yatra.

While speaking on the said occasion, Mahant Hari Giri, National General Secretary of the Akhil Bharatiya Akhara Parishad, said that Chhadi Yatra would start from Juna Akhara, from where the visitors would travel to Yamunotri, Gangotri, Kedarnath and Badrinath. From Badrinath, the pilgrims will visit the pilgrim centres of Kumaon region before returning back to Juna Akhara in Haridwar.

He further added that this will be the first time that yatra would be taken to the Char Dhams from Haridwar. Earlier, it used to commence from Bageshwar of Kumaon to the Char Dhams; however, the yatra was not taking place for some years. Reportedly, the change in the yatra route has been done in view of the Kumbh Mela that is scheduled to happen in Haridwar in 2021. Head of Panch Dashnam Juna Akhara, Mahant Prem Giri mentioned that the sacred Chhadi is taken to the Atma Prakash Akhara at Maya Kund in Rishikesh for a night stay on the first day, from where the yatra heads toward Yamunotri.

Reportedly, the yatra has been started on the lines of Amarnath Yatra and the saints of Haridwar have also welcomed it.

We offer all the packages of North East India. Please visit our website for all related package for ...
Kedarnath Helicopter Ticket @ 7000
Call : 24*7
+91 7290024809
Heli-copter Ticket
Whatsapp
Get Quote Now