Interesting Facts about the Chardham Yatra 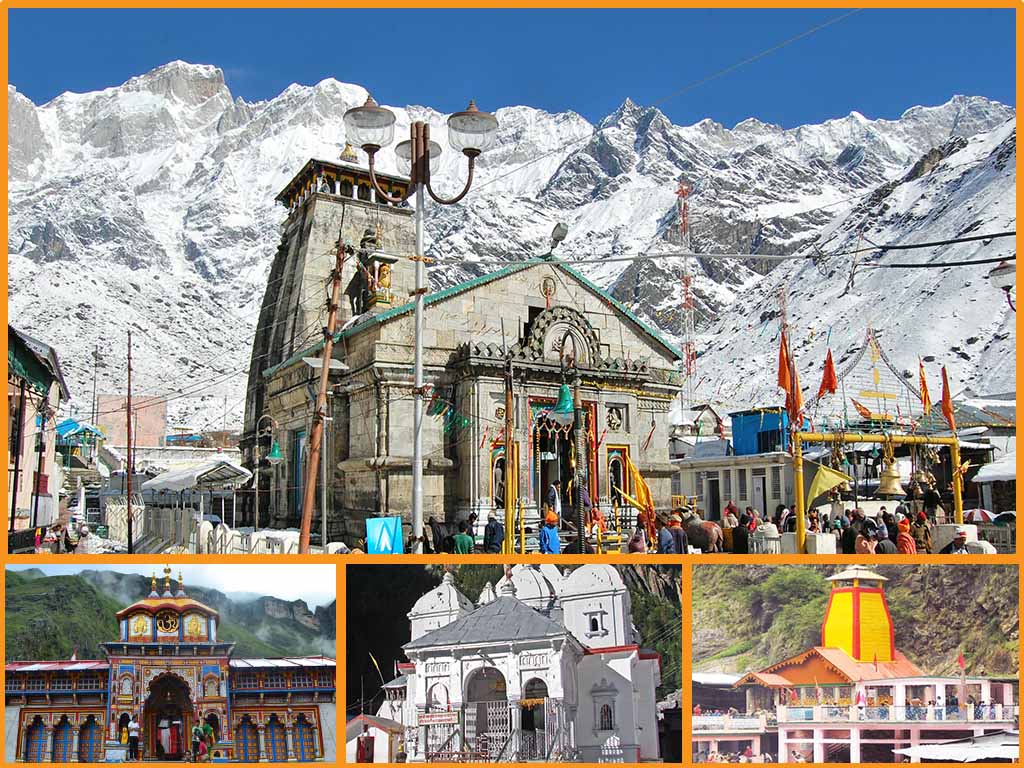 Interesting Facts about the Chardham Yatra

You may have seen thousands of blogs written on Chardham yatra. It's really very boring to see that all of them have almost similar contents explained in different ways. But, Here, you have something very interesting to read. Therefore, this blog on "Interesting Facts about the Chardham Yatra" will not make you disappointed anytime. Here, I have included some interesting facts about Chardham that most people don't know.

So, read this blog very carefully, and you will surely be surprised. But, before proceeding further on what this blog is all about, you must know the short introduction of Cha Dham Yatra. So, here it is.

The Chardham Yatra has its endless importance among Hindus. Hindus, after getting older in age, and after completing all the family responsibilities, choose to spend the rest of their life in devotion to the god, so as to get salvation so that they may get rid of the Yoni chakra. The Chardham yatra is one of the ways to do so, and therefore very important for Hindus. The Chardham means the four accommodation of god, and the yatra means "to visit". Therefore, the Combined meaning of the Char Dham Yatra is "The yatra that takes you to the home of almighty lord where all your sins get washed away, and your soul meets with Param Brahm, and you get yourself out of the cycle of life and death".

As per Hindu mythology, there are four places where gods reside all the time. Therefore, we call these places as Dham. These four places are: -

In Kedarnath, we worship the Shiva Sambhu. The place is in Uttrakhand.

Badrinath is the holy divine land of the almighty Lord Vishnu. The place is in Uttarakhand

It is the place where we worship the Yamuna Devi. She is equally holy as that of the Ganga river. Yamuna Devi is the sister of Lord of Death "Yam', Lord of Justice "Saturn", and the King of all Grahas "Sun". This is the place of origin of river Yamuna. The place at an altitude of 3,293 meters in the Garhwal Himalayas and located approximately 30 kilometers North of Uttarkashi, the headquarters of the Uttarkashi district in the Garhwal Division of Uttarakhand.

Gangotri is the place where the holy Ganga River originates. As per Hindu mythology, Ganga was the river of heaven earlier, but the devotion of King Bhagirath took her on the earth. According to our holy sculptures, Ganga water has some unbelievable powers to cure lots of diseases, and also you will get rid of all your sin. The place is in Uttarakhand and on the banks of river Bhagirathi.

Now, it's time to get to know some interesting and Unknown facts about the Char Dham.

The Shrine of Lord Badri is not original

It is less Known by very interesting facts about the Chardham Yatra. It's really very shocking. That's right? But, it's true according to various of our ancient books. All those books claim that the original shrine of lord Badri is not actually what we see today, and where we see today. As per belief, many years ago, the king of Garhwal sifted the location of Badri Shrine to the place where we see it today.

Actually, it was Adi Guru Sankaracharya who discovered the original shrine. The original temple was present in the Garud caves. As per belief, the original idol of Lord Badri that was found in the 8th century disappeared itself. Later Saint Ramanujacharya placed the idol, here again, but this time too, the idol got disappeared. Latter in the 16th century, the King of Garhwal made the temple and sifted the idol there. Therefore, before the evolution of this temple, people used to worship lord Badri in the Garud cave.

You can't blow the conch in Badrinath

You are strictly not allowed to blow the conch in Badrinath. Even, you can't carry the conch with you. If you carry the conch, the temple officials will not allow you to enter the temple at any cost. However, the Conch is very auspicious for every Pooja, but the Badrinath is the only place where the Conch is not auspicious. There's an interesting story behind this. As per Hindu mythology, the Vatapi demon resides in the conch, and if someone blows the conch in Badrinath, the demon may get out of it and may spread the evil powers everywhere. Also, as per belief, it is the place of meditation for Lord Vishnu, and the blowing of the conch may disturb his meditation. Therefore, it’s banned there to blow the conch.

Badrinath was related to Shiva anciently

There’s another interesting fact about Badrinath. As per our various sculptures, Both Shiva and Vishnu wanted this place for meditation, but Vishnu did the trick by taking the form of a baby and started crying. As a result, both Shiva and Parvati moved to Kedarnath.

The Kedarnath temple has life, and able to protect itself

Uttrakhand has faced lots of natural disasters. No matter how strong the disasters may be, but the Kedarnath temple stays safe always. Even, the massive flood in 2013 could not harm this temple anyway. It has always been a matter of research for scientists. but, science may never be that much efficient to solve mysteries that god creates. As per belief, the temple has some amazing divine power, and so it is able to protect itself. Pillar of this temple is of pure gold, and the technology used is very modern. Therefore, it’s a matter of pride that we Indians have already used such an advanced technology even lakhs of years earlier.

The Unusual Pyramid Lingum of Kedarnath

For many times visitors of Kedarnath, the Pyramid Lingum of Kedarnath may not surprise them that much, but if you are visiting the Kedarnath for the very first time, you may get shocked to see this huge lingam. The more surprising the shape of this Lingum is, the equally more surprising the story behind its creation is. This Lingum is self-made, and therefore, a point of attraction. As per our Hindu mythology, this Lingum is actually the hump of lord shiva, when he turned himself into a bull during the Mahabharat period. Therefore, this Lingum has its great importance among Hindus.

About 3 Km away from the Badrinath, there is a place called Vyas Pothi. It's actually a cave and we call it the Vyas cave. This cave is at the bank of the river Saraswati. As per Hindu mythology, we believe that it was the place where Maha Rishi Vyas divided the Vedas into four parts and wrote 18 Puranas. The main thing to make you surprised here is the structure of this cave. This cave looks like a collection of all those four Vedas and 18 Puranas one over the other. As per belief, that the cave itself changed this way due to the influence of Vyas Rishi. Therefore, it's a must-visit place.