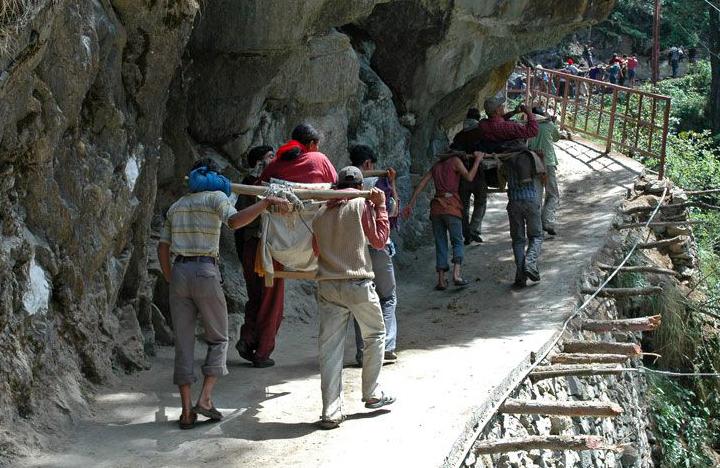 Yamunotri Pony Charges — Nestled at an altitude of 3292 mts above sea level in the Uttarkashi district of Uttarakhand State in India, Yamunotri is one of the important holiest shrine among the Hindus. The Shrine is dedicated to Goddess Yamuna, who is the daughter of God Surya and sister of Yama, the God of Death. The dham is renowned after the mythological take of sage Asit Muni. Also, the Yamunotri temple landed at the dham is the religious point that receives great footfall of thousands of devotees every year.

The trek to Yamunotri Shrine and Yamunotri temple is 6 KM trek from Hanuman Chatti and Janki Chatti. Those who find themselves unable to carry on the trek may hire ponies. The ponies are easily available with easy pony charges Yamunotri.